An island halfway to nowhere 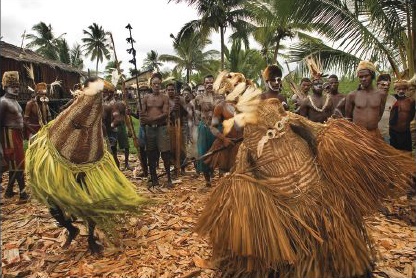 An island halfway to nowhere
Tristan da Cunha might be “the most far-flung inhabited island on Earth,” said Andy Isaacson in National Geographic Traveler. Located in the middle of the South Atlantic Ocean, about halfway between South Africa and South America, this British outpost is home to only 262 residents, and only nine times a year can any of them secure routine passage out— generally on a polar research ship making a seven-day crossing to Cape Town. “Why travel to Tristan? Simple: to escape to a place that has eluded even like-minded scapists.” When the SA Agulhas II dropped me off, I knew I wouldn’t be leaving until the ship picked me up four weeks later on its return journey. 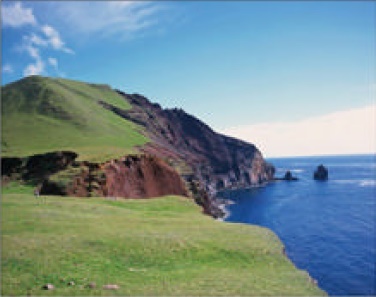 Tristan is little more than a 6,760-foot volcanic cone, and from the water, it looks “solitary and lost, like an iceberg adrift.” But we eventually caught glimpse of a cluster of low buildings with red and blue tin roofs, and in one waited a cheerful tourism coordinator. She told me she could arrange excursions for fishing or bird watching, or guides to help me attempt a six-hour climb to the volcano’s peak. I started by walking the island’s only road, past Hottentot Gulch—named for the African soldiers who camped here in 1816 when the British briefly maintained a garrison—and on to a scattering of cabins where the locals spend Christmas. As I walked, “the pastoral tableau of mountain and ocean before me evoked a blend of Scotland and Big Sur.”

The first settlers were a family and two stonemasons who stayed behind when the British military left in 1817, but my host was the grandson of one of the Italian shipwreck survivors who washed ashore 75 years later. We ate a lot of lobster—Tristan’s main export—plus potatoes that had been boiled, baked, mashed, or roasted. I never did climb Queen Mary’s Peak, or see any of the cruise ships that have been making stops at Tristan. But I attended two baptisms, a wedding reception, two birthday potlucks, and a lamb marking, and I spent some happy evenings at the town pub. There wasn’t a palm tree in sight, but it felt like four weeks in “a vanishing kind of paradise.”

Embedding with an ancient tribe
The moment the boat pulled away, I experienced “a completely different kind of alone,” said Carl Hoffman in National Geographic Traveler. I have been to New Guinea before, and even visited the same isolated tribal village at the edge of the New Guinea jungle. But this time I have asked to be left for a month, and I am instantly encircled by a greeting party of 50 strangers with bones piercing their septa and white feathers in their headbands. Did I mention that their recent ancestors were cannibals? “In a lifetime of travel,” this is surely “the most intense thing I’ve done.”

An elder tribesman named Kokai is serving as my host. Kokai remembered me when I ran across him in the small coastal town of Agats, and he agreed to let me stay with him in his hut if I paid for his boat ride home. Upon our arrival, we smoke tobacco in a circle with other Asmat men who talk quickly in Indonesian while I try to keep up. When a bowl of noodles and rice is offered, I don’t know if it will sicken me. But “there is nothing I can do but eat, so I do.” I’m here to understand Asmat culture by completely immersing myself, and I must “leave behind everything I know.” Soon, I’m drinking rainwater “wiggling with mosquito larvae” and eating sago worms.

I never do get used to the smell of human excrement in Kokai’s village, since every toilet is just a hole cut in a floor. But I enjoy learning hunting stories told in pantomime and “lose myself in tribal reverie” as drummers and dancers celebrate the completion of a 100-foot-long men’s house for the village’s Jisar clan. Times moves so differently in this place that I think for a while that the month will never end. But eventually each day becomes “a blur of heat and rain and smoke and drumming and sitting in stillness,” and the month ends suddenly. Just before I board the boat that will take me back to Agats, Kokai takes my hand and rubs it on his cheek. “Adik,” he says—the Indonesian word for “little brother.”

The luxury side of the Maldives
Two very different worlds coexist in the Maldives, said Alan Feuer in The New York Times. This string of 1,000 coral islands off the southern tip of India remains, on one hand, a “hedonistic and decidedly high-end” vacation destination: Every year, a few new resorts are added to the 100 or so scattered across the archipelago. But Maldivians mostly live in a different reality—an Islamic nation whose government is becoming more extremist every year. When my girlfriend and I spent a week in the islands recently, we enjoyed every moment. But occasional reminders alerted us that outside our “pampered bubble,” shariah law now abides. 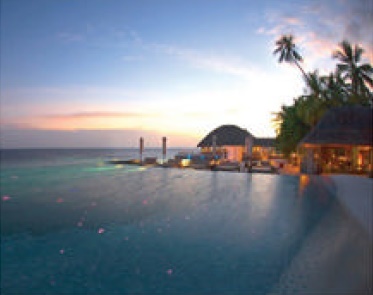 At first sighting, the nation’s capital, Mal?, struck us as a city “with the raffish charms of the Caribbean”: Men on motor scooters were zipping down a seaside boulevard past brightly painted buildings. But when we awoke after a postflight nap, we were surprised to hear the keening chant of a muezzin at a nearby mosque calling the faithful to evening prayer. The more typical tourist experience began for us the next day, when we climbed into a speedboat sent by our resort and were spirited away to fantasyland. At Huvafen Fushi, or “Dream Island,” we were handed coconut water by the Per Aquum resort’s smiling staff members, who threw rose petals beneath our feet as they ushered us into a golf cart for a tour of the property. We were similarly cosseted at the two other resorts where we stayed. In a country that elsewhere prohibits alcohol and skirts, we drank fine wines and walked empty beaches in American swimwear.

On one of our last days, we attempted to glimpse the world beyond such resorts. By boat, we traveled to Guraidhoo, a tiny island of unpaved streets where three mosques serve the population of 2,000. “We are Muslim here, but not 100 percent,” our guide told us, and Guraidhoo indeed seemed a middle ground. After strolling past dozens of souvenir shops, we stopped at a small restaurant where the bar subtly displayed bottled beer amid its sodas and cold teas. This time, when the keening call of a muezzin suddenly filled the air, I wasn’t surprised.

China’s chill-out zone
Hangzhou brings to mind words that are not typically associated with modern China, said Stephen Drucker in Travel + Leisure. Several times a day, my tour guide called this metropolis of 7 million “the most relaxing city in China,” even though such salesmanship was unnecessary. Anchored by a famously serene lake, Hangzhou lies only 45 minutes from frenetic Shanghai by high-speed train yet feels a world away. “You can still feel the heartbeat of old China here—in the mists and reflections on the water, in the old teahouses and exclusive new clubs keeping alive the spirit of the literati who gathered during Hangzhou’s golden moment, a thousand years ago, as capital of the Southern Song dynasty.” 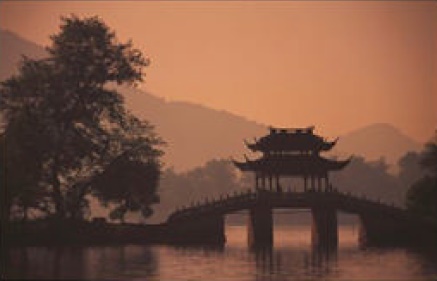 Under the spell of West Lake, “even the most driven person learns to be a little aimless.” I first got out on the water in a hired boat, taking the chance to admire historic homes along the shores. Walking the mile-long causeway that crosses the lake provided a better introduction to the city’s people, though. Families shared the causeway with fashion-conscious young women in five-inch platforms, as well as an army unit that jogged back and forth in the hot sun. At night, the lake “goes Vegas,” with a light-and-music show created by the director of the Beijing Olympics’ opening ceremonies. A platform just below the water’s surface served as a stage, and “the sight of 50 people walking across West Lake carrying huge red-paper lanterns did unimaginable things” for my dream life.

China’s new rich frequently visit Hangzhou to soak up the finer points of their national culture, and I followed parts of the same curriculum. At a traditional teahouse, I marveled at the way a tea master guided the conversation while he worked, drawing every guest into “the cloistered world” of his table. At the extravagant Amanfayun resort, I ate a meal of 10 very small courses prepared by monks and intended to make you mindful of every bite. Finally, I arranged to meet with a distinguished Buddhist monk at Yongfu Temple. “If you want to be happy,” he told me, “you have to know what is enough.” What else could I do? I flew home the next day.

The Emerald City of the Maya
One of the great capitals of ancient Mayan civilization is finally ready for visitors, said Maya Kroth in The Washington Post. Until now, the ruins at Palenque, Mexico, “always seemed painfully out of reach, hours by bus from the nearest town.” But a new airport has made this “extraordinary” site near the Guatemala border accessible to travelers beyond the most dedicated history buffs and archaeologists. Roads are being repaved and new hotels are opening, creating “a palpable sense of momentum.” Palenque is often described as the greatest archaeological find ever made in the Americas, and one day it may provide the key to unlocking the mysteries of the Maya. 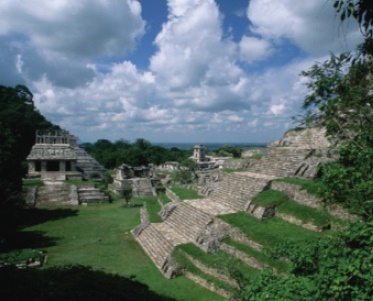 For my stay, I chose El Panch?n, a funky compound near the ruins that’s beloved by dreadlocked backpackers. My room cost under $20 a night, and came with a nightly symphony of unseen insects, howler monkeys, and “strange birds whose song sounds like a cross between a malfunctioning fan belt and an alien transmission.” Awaking the next morning, I rode a tour bus to the ruin zone, then paid for a tour guide who proved to be a font of information as we set off on the park’s jungle footpaths. Palenque was occupied from roughly 100 B.C. to A.D. 900, peaking under the 7th-century rule of Pakal the Great. It was his tomb that an archaeologist stumbled across in the 1950s when he discovered a hidden staircase in a towering step pyramid at the ancient city’s center. The remains of five sacrificial victims guarded the tomb entrance.

Most of Palenque’s 1,500 structures have yet to be excavated, but several imposing temples and a massive palace complex occupy the site’s central clearing. At Pakal’s enormous, well-preserved palace, tourists line up to take photos at the granite throne in the bathroom complex, which once discreetly drained to a septic field far from the city. Bas-relief carvings are everywhere, “chronicling a detailed history of Palenque’s golden age—though precious little about its fall.” Drought, deforestation, overpopulation, and power struggles all seem to have contributed to the city’s rapid decline. More than 900 years later, it appears poised for a comeback. 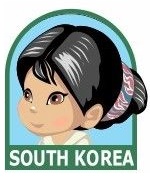 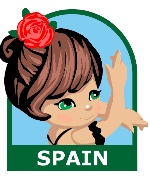 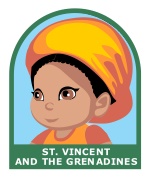 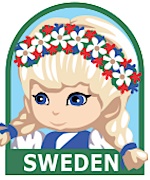 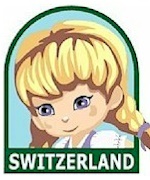 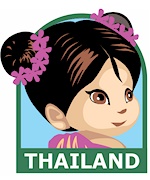 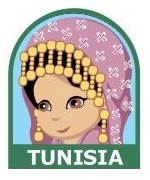 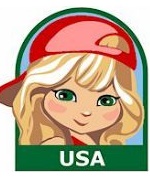